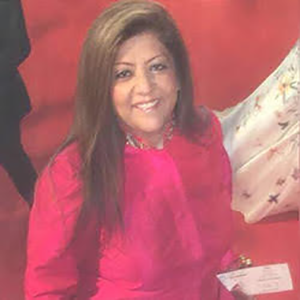 What will it take to end a legacy of colonial repression in India? The courts have run in circles invalidating then reinstating Section 377. In a landmark 2009 decision the Delhi High Court ruled Section 377 as an unconstitutional persecution of a community purely based on the sexual orientation of its members. Then, in 2013, a two judge bench of the Indian Supreme Court reversed that ruling, allowing a vague moral concern to trump the constitutional rights of individual citizens.

Today, a batch of curative petitions to overturn the 2013 decision and new suits directly challenging the constitutionality of Section 377 remain to be heard by the full Supreme Court. As the judicial process idles the essential injustice of Section 377 continues to endanger the lives of LGBTI Indians.

Gypsy Khera an independent film and television producer has decided to take the issue head on with the new television series All About Sec 377. The series is the first in India to feature openly LGBTI characters and is available across the country on NDTV cable channel with commercial support from the Japanese electronics firm Hitachi.

Alturi: How did the idea for “All About Sec 377” come about? How has it evolved over time?

Gypsy: I have a small and relatively new production house called The Creative Gypsy and have made 3 short films which have won accolades at various international festivals like Cannes and Nice.

I love to work with children and the youth of today and i feel that every human being has the right to be free. No one has the right to impose their ideas on others. I have had to fight and overcome obstacles to follow my passion and now i want to do my little bit to help the many many marginalized communities in our world.

Section 377 was a burning topic in India and Amit Khanna, a director, actor and photographer with whom I had done good work earlier, had this script which had no takers because of the subject. I loved it and immediately decided to produce it. Everyone thought i was crazy.

I didn’t start the project thinking that i was promoting or helping the LGBT community, I just loved the story I loved. As we worked on it I came in touch with some lovely people and NGOs which made me feel strongly about this community and their lives.

Alturi: What in your life experience makes this a natural project for you?

Gypsy: I am a fighter and the more someone says tells me I do something the more adamant I become and carry on until I succeed. I started my company against all odds and I greatly empathise with anyone who faces discrimination. I was discouraged by everyone while making this series, was laughed at, faced humiliating comments from friends and got no financial help. So, the lines between personal and professional life got blurred. I, too, felt I was fighting the world.

Alturi: What were your goals for All About Sec 377?

Gypsy: We wanted to bring this topic to the forefront. It has always been brushed under the carpet. It was set in a natural environment nothing contrived. The protagonists were people like you and me. And most important it was trying to make its points without preaching. I feel humor is the best way of getting and keeping people’s attention. The show is funny without making fun of any individual or belief. It’s good clean fun so that people of all ages can enjoy it.

Alturi: What are the greatest misunderstandings Indians have a bout Sec 377 and its effects on LGBTI people in India?

Gypsy: Section 377 is an archaic law from British times which criminalizes homosexuality. There is a lot of homophobia here and the general public feels that this law will act as a deterrent and curb homosexuality. When someone in this community wants to come out of the closet they face the double whammy of social ostracism as well as legal woes. It becomes extremely hard for the people who support them, too. What starts as a social cause changes into a complex legal issue. The LGBTI community is so vulnerable to excesses by the police, courts, etc.

Alturi: How does All About Sec 377 address these issues?

Gypsy: All of the characters are presented as everyday people, as one of us, who eat, breathe, love and live like everyone else. Love should be free and universal. We need more of love and acceptance if our world is to survive. LGBTI Indians deserve to be treated fairly and equally under the law.

Alturi: What has the response been like – from within and outside the LGBTI community?

Gypsy: Everyone who saw the series loved it. And that means literally everyone – critics, bloggers, magazines, viewers of all ages and EVEN my husband and children! But NO ONE wanted to sponsor it or showcase it. I was sitting with a product which got rave reviews and no one would touch it even with a barge pole. I was forced by my financing partners to return their money along with a premium. It was one of the most difficult phases of my life.

But i had to do something to make it visible to people so I started my own YouTube channel called The Creative Gypsy just for this series. The reaction was overwhelming. We got awesome, innumerable comments. We even got comments from people in United Kingdom, United States and Russia.

And then I got a call from NDTV a national television channel. They wanted to air it as a weekly series every Friday at 10 p.m. They asked for a bit of re-editing and I had to give them money for taxes and legal cost, but the work and investment would be worthwhile as so many more people would see it.

All About Sec 377 is the first ever LGBTI series made in India and the first web series picked up by television here. I will be eternally grateful to NDTV as well as Hitachi for supporting us.

So, though I haven’t recovered even a third of my production costs, the program has received wide distribution.

Alturi: Is there awareness of, and support for, All About Sec 377 in the Indian diaspora community.

Gypsy: I think there is a certain amount of awareness, but things are changing. A joint effort by the LGBTI Indian community worldwide would definitely make a difference. We are almost ready to begin production on season two and, who knows, season three might be set in the United States!

As the legality of same-sex marriage gets approval in Latin America’s Chile, the 31st such country in the world, the... END_OF_DOCUMENT_TOKEN_TO_BE_REPLACED

The bill has been pushed by the conservative Life and Family Foundation, which recently lobbied successfully for a restriction on... END_OF_DOCUMENT_TOKEN_TO_BE_REPLACED

A prominent LGBTQ activist in Tunisia has reported that two men, one dressed in police uniform, threw him to the... END_OF_DOCUMENT_TOKEN_TO_BE_REPLACED

Constitutional scholars in the US said a litany of rights, from same-sex marriage and sex to birth control and in... END_OF_DOCUMENT_TOKEN_TO_BE_REPLACED